Denise Bickford grew up in the chicago area.  She graduated from high school and then from St. Xavier College.  After College she married Doug Bickford who she had known since age 14.  Dennis spent a career with TMI and was moved about quite a bit.

Denise spent her tiime working at a variety of positions as they moved around the country.  For a time she worked from home giving psychological test to job applicants.  She served as Tourism Director for Union County Iowa.  She managed a candy store and she was marketing Director for a Creston Bank.  She was also a Printer apprentice, Board member of the Iowa Arts Council and managed a Tanning Salon, a gift store and a UPS store.

When Denise and Dennis retired, they moved to Grimes in 2016 as one of their sons lives here, leaving Florida because they missed the midwest.  Denise quickly became involved in a variety of activities locally.  She became the President of the Friends of the Library and was very involved in gettting the LOSST passed that lead to a commitment to build a new library for Grimes. She became an individual member of the Grimes Chamber and Economic Development and then became an Ambassador.  She volunteers at the Senior Meal Site and is a board member of the local Kiwanis Club.

In November of this year, she was one of 19 individuals in the Metro area that received recognition by CITYVIEW’s Business Journal of leaders that made a difference in the past year!

After taking time our for 3 boys, Maxwell, Issac, and Collin she eventually started with Green Umbrella Media two years ago.  She was instrumental in developing the Grimes Advisor weekly publication for Grimes.

Andrea volunteers as a driver getting seniors to the Senior Meal site at Grimes Community Complex.  She also sometimes helps her son Maxwell in mowing yards.

She enjoys taking seniors to the meal site and enjoys their stories. She is one of many GVSS volunteers that enjoys paying it forward to those is need.  It is often that volunteers enjoy the friendships with clients that she makes.

She has volunteered a great deal with school related activities about her children.  She is currently the Co-Chair for the High School Madrigal for Johnston High School.

When asked if she would recommend to others volunteering for GVSS, her immediate response was – absolutely! 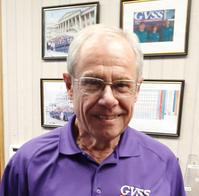 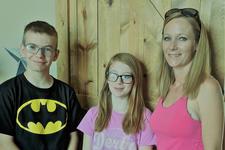 Rachel Raibikis was born in Exira Iowa and graduated from Jefferson High School.  She and her husband, Scott, moved to Grimes when he took a job at Camp Dodge.  They have a 3 year old daughter, Mia.

Rachel has worked for Andrea Sabus State Farm for three years as a Customer Service Representative.

Rachel likes helping the community and meeting people.  She likes to feel like she is part of being something bigger. She enjoys volunteering for GVSS because she gets to know people, share their stories and grows to care about them.

When asked if she would recommend to others volunteering for GVSS, her immediate response was – absolutely!graph here.

Curt Foreman grew up in Van Haven, Michigan.  He attended 8 years at a Lutheran parochial grade school, then four years at the public High School.  He attended his first 2 years of college in St. Paul, Minn and his last two years at Concordia College in Fort Wayne, Ind.

He graduated from Seminary in Springfield, Illinois in 1966.  He spent the next 38 years in the Lutheran ministry retiring in 2004 and moving to Grimes since four of his five children lived in Central Iowa, 2 in Grimes.

After Curt retired in 2004 he did a considerable amount of substituing for various pastorial duties and interim positions.  His wife was diagnosed with cancer in 2016 and he discontinued those interim responsibilities in order to provide care for her.  She passed away in August of 2018.

In June of this  year Curt began volunteering for GVSS and has done a considerable amount of driving trips since then.  He enjoys getting to know the clients and having an opportunity of providing them a valuable service. Curt recommends volunteering for GVSS as a way of serviing other residents and helping them with services including the use of durable medical equipment.  Curt, we’re very glad to have you 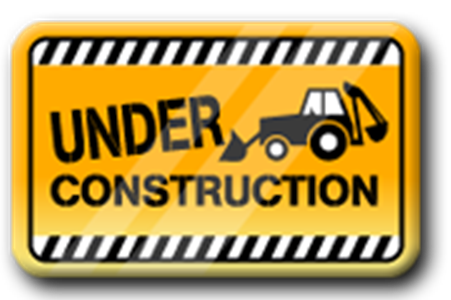 Loree Herman grew up in Derby Kansas.  She moved to Grimes two years ago when her husband Joe was stationed at Fort Des Moines.  Joe recently retired from the Army after being stationed in Kansas, North Carolina, Pennsylvania, New York, Ohio and Iowa.

Loree has five children; Joey, 27; Caleb, 13; Cirrinty, 12; Cecilia, 4; and Camden, 2; In addition to being a stay at home mom, Loree has also worked in the Pharmacy department at Walgreens Drug Store.

Loree volunteers at GVSS as a chance to get out of the house, have adult conversations and to help others.  She seems to have gotten carried away a bit.  In addition to working on the Snow Patrol and Yard Patrol, she also drives clients and works in the office as a scheduler.  She often takes her youngest two children with her when driving clients, something the clients always enjoy. She has also encouraged and included Caleb and Cirrinity to volunteer and they are also involved in Snow Patrol and Yard Patrol.

Over the years GVSS has had several volunteers who have encouraged their children to volunteer as well.  It is a great way to teach your children to be engaged in a meaningful way to help others.Loree, Caleb and Cirrinity all enjoy the clients and other volunteers and would recommend volunteering for GVSS to others.  Loree is now the GVSS Office Manager. 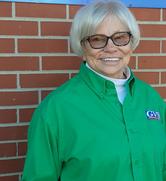